Traveling astray: Trailer for the tourism-critical document “The Last Tourist”

Traveling astray: Trailer for the tourism-critical document “The Last Tourist”

“We are unconscious consumers.” Utopia has unveiled an official trailer for a compelling documentary titled The Last Tourist, made by filmmaker Tyson Sadler. It premiered at last year’s Vancouver Film Festival 2021 and will be screened at the CPH:DOX Film Festival 2022 in March. It will also open in the US in March. Travel is at a turning point. From Caribbean beaches to remote Kenyan villages, forgotten voices reveal the true conditions and consequences of one of the world’s greatest industries. The role of the modern tourist is under scrutiny. Exec produced by Bruce Poon Tip, founder of community tourism and adventure company G Adventures, The Last Tourist features the world’s leading travel and tourism visionaries, including dr Jane Goodall, Lek Chailert (Save Elephant Foundation), Gary Knell (National Geographic), Menu Vadera (Sakha Taxis for women) and Jonathan Tourtellot (Destination Stewardship Center). I really think this is an important issue that we need to talk more about. Is tourism really good for the world? Maybe not. But we also want to continue to encourage interaction around the world, so how can we travel better?

Here is the official trailer (+ poster) for Tyson Sadler’s documentary The Last Touristdirectly from vimeo: 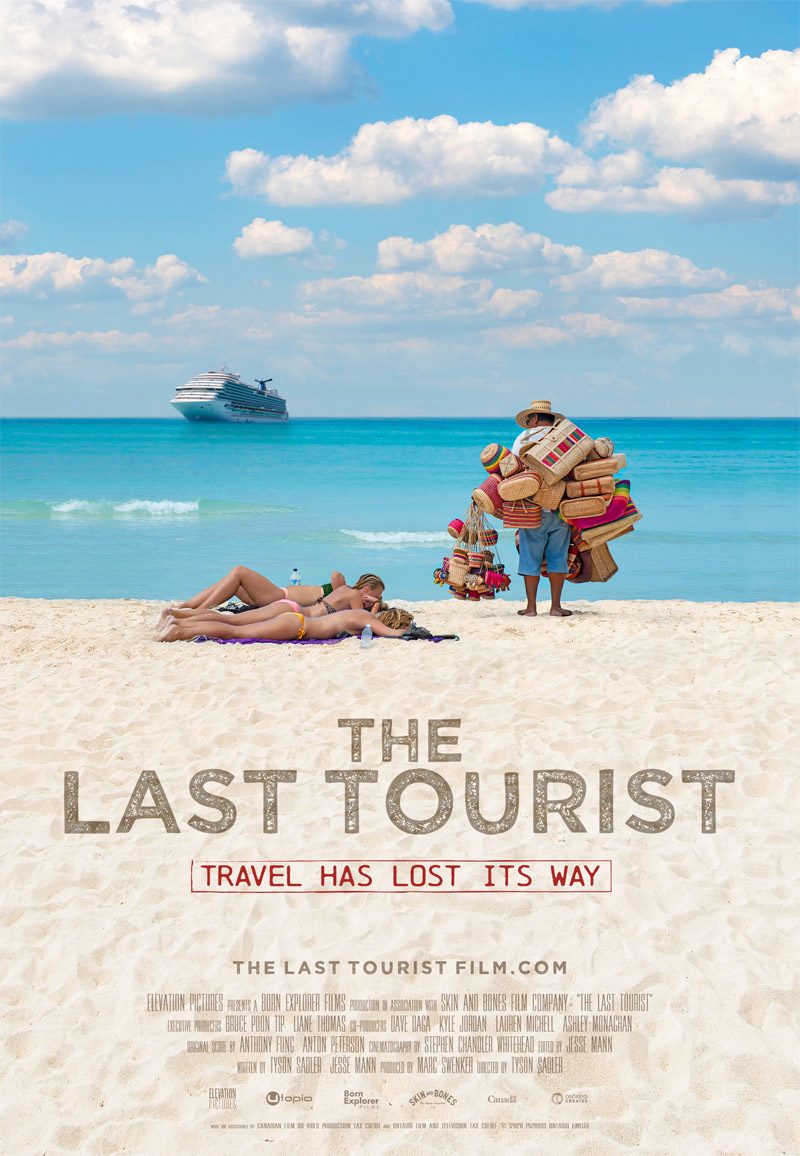 The film, which received the Special Jury Prize for Social Impact from the Calgary Film Festival Documentary Jury, examines the history of modern tourism and offers a critique of its current state. It examines many important issues, including animals that for entertainment, orphans exploited for profit, and developing economies suffering from the massive weight of foreign hotel chains. We meet local heroes who use tourism to preserve cultural heritage, conserve wildlife and support the social and economic well-being of communities. The Last Tourist equips audiences with knowledge and inspiration to make a positive impact and transform the way we travel. The Last Tourist The documentary filmmaker directs Tyson Sadler, who made his first feature film after numerous other short films. It premiered last year at the 2021 Vancouver Film Festival. Utopia will debut Sadler’s The Last Tourist Direct-to-VOD in the US March 15, 2022 coming soon. Interested?