Have you traveled widely by public transport? What’s more, at night? It is not the best time to learn evil lessons from the universe.

I had an uncomfortable experience on a night bus from Mombasa to Nairobi.

For some reason, we love to do each other good when we travel. Eat oily fried chicken in a fast food cafe before departure.

Remember, this is the “steroid” chicken – it takes the damn bird a full three weeks from hatchery to cafe fryer. They add a side dish – fries, on the side. This is junk, with a stew made of junk.

Since bad decisions always need a bedfellow, take it down with a carton of cold UHT milk. The bus departs from the booking offices in Mwembe Tayari.

Before you got rid of the eternal chaos of traffic in Jomvu, you started moving around your seat. The gas builds up. Deadly stomach gases. You ignore it. All is well. You can take a nap around 10 p.m.

Things start to happen a few miles towards Voi. You wake up from the seedy slumber. Your stomach growls and not with anger.

You suddenly notice that the bus has air conditioning. Worse still, there is a lady across the hall putting on some really strong Eastleigh body spray. It will be a pain. You fidget – and hope to see the sights of Voi – there should be a stopover, right?

You keep your fingers crossed. Dear Sir, let’s make a stopover in Voi. Unless your ancestral gods seem to be napping. The Voi Junction flies past your window seat in a blur.

It is now a godforsaken wasteland between Voi and Mtito Andei. Mtito is the traditional stopover for night buses. But it’s easier for a camel to squeeze its way through the eye of a needle – than it is to get to Mtito Andei in one decent stretch.

Mtito, damn it. You squeeze yourself from your seat into the aisle. You sprint to the front of the bus. The bus conductor is sprawled by the door on a dirty mattress. The guy snores! You lean against the rails behind the driver and ask him to stop.

You jog from one leg to the other. A volcano threatens to erupt from your sub-regions. Fortunately, the driver stops a few kilometers further. On the condition, however.

When bandits emerge from the bush, he takes off. He’d rather sacrifice you than risk an entire bus full of passengers – passengers taking a nap. Bandits? You wouldn’t care if it was finally time for the apocalypse.

You jump off the bus. It’s the plane. There are no bushes in sight. Who cares? You sprint a few meters away from the stationary bus – hold it tight – hardly breathing. You rip your blue jeans up to your knees and crouch. Such relief.

The noises from your bum? Well, did you read about the historic bombing of Pearl Harbor by the Japanese in the 1940s? Close. A few still awake passengers on the bus stare at you. But hey, nobody knows you, do they?

A fleeting image of a photo of you – crouching – trending on social media scares you. It’s dark – but every now and then passing cars shine on you. Just a split second, but still … annoying Kenyans who don’t mind their business.

The bowel movement is slow and hesitant. The bus wakes up. The driver becomes impatient. 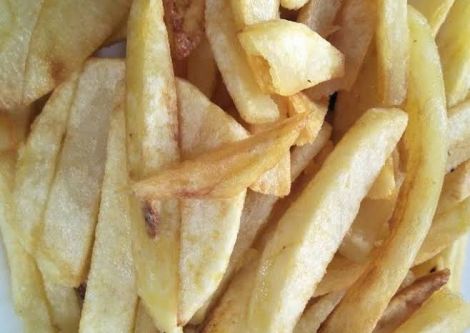 A steady rhythm and tremors on the ground frighten you. Suddenly a huge single ray of light circles a rock wall and races towards you. It’s the headlight of a train. The rails run parallel to the motorway, remember?

In your hurry you jumped over the railing. The train doesn’t take much time to reach you. Before you can interrupt your bowel movements, the train is between you and the highway and your bus.

Tragedy. And it’s a freight train. The wagons keep going with the rhythmic rattle of the train. The noise cannot yell at the impatient conductor and the now visibly excited passengers.

After what feels like an eternity that has been spent half crouching – secretly searching all sides – the last car rattles past. This place is full of buffalo and hyenas – for whom, sir, your bum is literally a breeze.

Oh, you forgot tissue paper. There is a roll in the luggage compartment above the head. Opportunity? Evil, thorny bushes. No passport. Einstein? Come on.

Necessity brings innovation, doesn’t it? You are wearing a vest. It’s white, pretty new. You throw it off your head and wipe your bottom clean – with it.

“Hurry up, you fool!” The perfumed lady screams.

You go back to the bus. You spent almost 45 minutes pooping in the Tsavo – with a busload of angry passengers staring at you.

Damn it, that vest had no mileage.

Previous What Mt. Kenya wants are real solutions, not marketing slogans
Next 6 Kenyan sports personalities with lucrative side businesses