Mombasa Governor Hassan Joho has claimed that Vice President William Ruto is holding talks with some of the leaders of the National Super Alliance (NASA) about a possible coalition ahead of the 2022 general election.

The second-term governor, who is also vice chairman of the Orange Democratic Movement (ODM), claimed the DP held secret meetings with some NASA directors he did not name.

“When these NASA people founded the One Kenya Alliance and Wiper made a cooperation pact with Jubilee, we were silent and never threw stones at them.”

“Right now we are even aware that some of them are negotiating with the United Democratic Alliance (UDA), but as ODM we are not complaining. Why do they have to keep dragging Kenyans looking for a united country?” Joho posed as reported by Daily nation.

The One Kenya Alliance was unveiled on March 25th at the Serena Hotel in Nairobi.

Kalonzo, Mudavadi and Wetang’ula broke from the ranks with former Prime Minister Raila Odinga, suggesting they will not support him for the 2022 presidency.

A week ago, Kalonzo insisted that it would be a big job for him to support Raila again as the two had previously worked together and the ODM boss did not return the support. 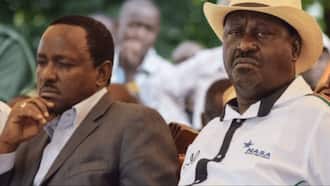 “I’m not a pushover … Raila and I have never sat together to discuss 2022. I’ll be the stupidest person in the world to support Raila Odinga as president for the third time without reciprocity,” he said.

Anniversary, ODM in the preselection talks in 2022

The ODM party, on the other hand, has started pre-election talks for 2022 with the ruling anniversary party.

The general secretary of the anniversary party, Raphael Tuju, confirmed that the outfit and the ODM are in talks and would publish a commitment report in 14 days.

“If we can reach an agreement on the alliance that is on the table, we should have a presidential candidate for the 2022 elections,” Tuju said.

Previous At the age of 91, the former Polish champion turned up for the Kenya rally
Next Tanzania: primer | Global finance magazine