Mombasa court pronounces a man who lost his ID 30 years ago KSh 500k, orders the state to replace him

The Mombasa Supreme Court awarded a Kenyan KSh 500,000 in damages after the registrar consistently denied his application for a copy of the ID card after losing the original.

Abdul Mohammed Gulleid lost his identity card in 1989 and later obtained a duplicate of the document.

However, he was arrested and charged in 1990 for allegedly duplicating his details on the state register, but was later acquitted. 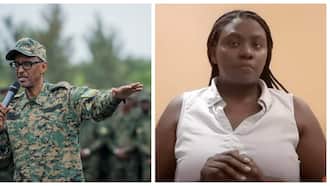 Rwandan YouTuber sentenced to 15 years in prison, fined KSh 200k for criticizing the government of Kigame

Since then, Gulleid has never had an identity card, and his efforts to get one are always futile.

In 2010 he was told that he could not get his identity card, which indicated the alleged double entry in 1989.

Gulleid sued the state for violating his rights.

The lack of ID, Gulleid said in his lawsuit, affected his life, the most recent case being the COVID-19 government donations he missed after showing his ID.

He was often required to prove his identity as a Kenyan citizen by showing his father’s ID, high school diploma, a copy of his lost ID, and a letter from the coast’s regional intelligence coordinator. 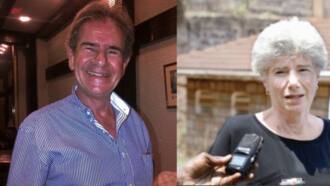 Tob Cohen: The late tycoon’s sister wants to be stopped in his murder case

When the verdict was pronounced on Tuesday last week, Judge Eric Ogola stated that Gulleid is a Kenyan citizen and entitled to all of the rights and privileges provided for in the constitution.

The judge accused the registrar of breaking the law by failing to issue a duplicate of his ID to Gulleid.

He also instructed the civil registry officer to facilitate the issuing of Gulleid’s lost duplicate ID.

“A mandatory order is hereby issued which instructs the first defendant (civil status officer) to immediately replace the petitioner’s lost identity card (Gulleid)”, was the partial judgment of Ogola.

“On the basis of the foregoing and the failure of the defendant to rebut the facts in the amended petition, this court comes to the conclusion that the petitioner has, after weighing the probability, proven that he was convicted unheard by the first defendant,” it says Verdict. 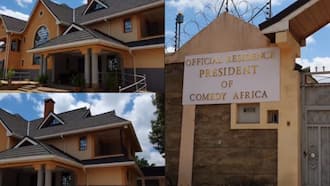 A Kenyan whose video whipped by a Chinese employer went viral received KSh 3.07 million from a Nairobi-based Labor and Labor Court.

Simon Oseko was caught on camera when he was beaten by his Chinese employer Deng Hailan in February 2020.

The victim was working at Chez Wou restaurant in Kileleshwa for three months when the incident occurred, causing public outrage.

Judge Mathews Nderi ruled that the Chinese national had violated Oseko’s rights and illegally released him.

Judge Nderi said the petitioner (Oseko) was also a victim of sexual assault by Hailan.