Police have confirmed that Kenyan lawyer Paul Gicheru was found dead at his home in Karen Nairobi.

“He was suspected of criminal offenses against the administration of justice, which consisted of corruptly influencing court witnesses,” ICC said. 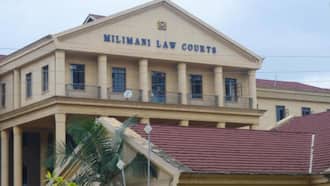 TUKO.co.ke journalist released; The court has yet to clarify the verdict

Police said, based on reports from the family, Gicheru had lunch a little late and felt unwell.

“He had a late lunch and felt unwell and went to bed but he didn’t wake up.

“His son also collapsed and was taken to Karen Hospital in stable condition,” police added.

Prosecutors accused him of meeting key witnesses in the case of President William Ruto and Uhuru Kenyatta at an undisclosed location in Eldoret, where he gave them huge amounts of money as bribes and also threatened their lives.

The International Court of Justice dropped the case against William Ruto in 2016, saying the case compromised political interference and witnesses’ lives were in imminent danger.

The defense team’s submissions were completed in July 2022.

After the submissions, the matter will be left to Trial Chamber III of the ICC, which has not yet had to make a judgment on the case against the late Gicheru. 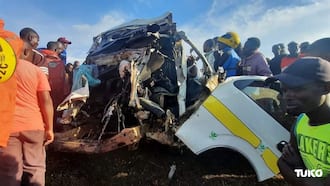 The prosecution at the ICC was led by Anton Steynberg, while the defense was handled by Michael Karnavas and Suzana Tomanovic.

Prosecutors preferred to bring charges against the Kenyan lawyer, while the defense submitted submissions to defend their client.

Gicheru asked the court to dismiss the case against him, while prosecutors asked for a guilty verdict on all charges against the Kenyan lawyer.

The defense team said prosecutors did not have sufficient grounds to issue a verdict implicating Gicheru on a plea of ​​not guilty to the charges.

The prosecution asked the chamber to bring forward a guilty verdict against the Kenyan lawyer, as the defense’s submissions were unfounded and not substantial enough to determine the outcome of the sensitive case.

The arrest warrant for Kenyan lawyer and Philip Kipkoech was issued sealed on March 10, 2015 and unsealed on September 10, 2015 for offenses against the administration of justice of corruptly influencing witnesses. 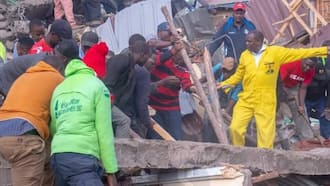 Philip Kipkoech did not appear in court to comment on the charges against him.

On November 2, 2022, Gicheru turned himself in to the Dutch authorities under the warrant for offenses against the administration of justice, which consisted of corruptly influencing court witnesses.

The following day, following the completion of the necessary national procedures, he was handed over to ICC custody.

His first court appearance was on November 6, 2020. On December 11, 2020, Pre-Trial Chamber A split the cases of Gicheru and Kipkoech.

On February 1, 2021, Paul Gicheru was released Kenya with special conditions restricting freedom during the indictment process.

“This follows the decision of Pre-Trial Chamber A on January 29, 2021 to grant Mr. Gicheru a conditional release,” prosecutors said in part.

On July 15, 2022, the ICC Pre-Trial Chamber A upheld the prosecution’s charge of criminal offenses against Paul Gicheru and placed him on trial. 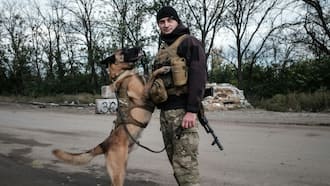 The trial opened in February of the next year in front of Trial Chamber III. The defendant pleaded not guilty to all charges.

The prosecution then presented their opening statements and called their first witness. 8 witnesses testified for the prosecution, the last finished his testimony on March 24, 2022.

Prosecutors completed their hearing of evidence on March 29, 2022. The defense announced on April 25, 2022 that it would not summon witnesses.

“Trial Chamber III will deliberate on the proceedings and, within a reasonable time, will announce its decision on a conviction or acquittal,” the ICC said in a statement.

Conditions issued to Gicheru upon release to Kenya

Before he traveled to Kenya, the charges were imposed by Pre-Trial Chamber A a number of restrictive conditions his freedom.

Previous Retinoblastoma: squinting or glowing in children, early sign of eye cancer
Next The four men who could make or break the Ruto government