A Kenyan businessman said he shed tears after taking his grandmother on her first flight.

Jeremy DamarisMc captured the entire journey on his YouTube channel, from boarding a flight at Jomo Kenyatta International Airport (JKIA) to vacationing in Mombasa.

According to Jeremey, he didn’t tell her where they were going.

“She has no idea where I’m taking her,” he said when they got to the JKIA. 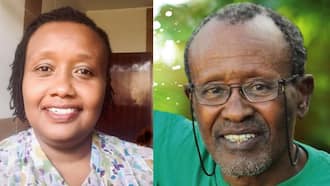 Actress Irene Kariuki writes an emotional post in which she remembers dad 2 years after his death: “We still love you”

His grandma was quite excited when she found out they were going to board a flight and admitted that she never imagined she would ever do it. Jeremy said her admission made him emotional.

â€œI cried when my cucu told me that she never imagined she would ever get near an airplane. She always sees them in the sky, â€he wrote on Facebook.

The video he shared showed them waking up on the JKIA runway before boarding a Kenya Airways plane.

On the plane, Jeremy sat next to his grandmother, briefing her on the different parts of an airplane.

During the flight, his grandmother could be seen talking vividly while enjoying the spectacular view from the sky.

They were accompanied on the trip by Jeremy’s mother and brother. 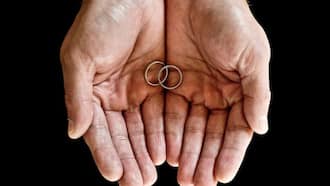 Jeremy said his grandma saw the beach for the first time and she was seen in shorts.

They went for a walk on the beach, but she refused a camel ride because she was afraid she would fall.

The family then went on a boat trip, and the grandmother seemed to be in the best of spirits.

Jeremy urged Kenyans to appreciate their loved ones and write:

â€œIf you have your grandma or mother, give them this opportunity. Appreciate them. My grandmother is very happy that she was able to visit this wonderful place. “

“The best feeling ever. God bless you, brother. May you never lack it.”

A Ugandan man recently warmed the hearts of internet users after surprising his 74-year-old guardian with a flight to Nairobi. 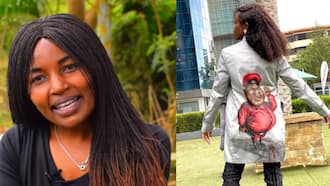 Papa Shirandula was like a father to us who always advised us, actress Kawira

Henry Mutebe said Wilson took care of him after his birth father died as a young boy.

After a year of saving, Mutebe took the older man on a plane trip and brought him to tears.

Previous MPs train weapons on EPRA, Kenya Pipeline, KRA, KEPSA due to increased fuel prices »Capital News
Next KRA ready for the full roll out of iCSM to replace the Simba system at the port