At the beginning, the Foreign Minister highlighted the growing relationship between the two countries and thanked the High Commissioner for bringing new dynamism and dynamism to relations between Kenya and Sri Lanka through various activities and engagements. Foreign Minister Omamo said Kenya and Sri Lanka have enjoyed more than five decades of friendly relations, demonstrating the natural synergy between the two countries for greater bilateral cooperation.

High Commissioner Kananathan stressed that the recent flight connection between Colombo and Nairobi by Sri Lankan Airlines is the turning point to bring the two countries closer physically and to deepen bilateral cooperation. The High Commissioner briefed the Foreign Minister on the ongoing vigorous vaccination campaign in Sri Lanka, under the direct leadership of President Gotabaya Rajapaksa, in order to vaccinate the entire population in the shortest possible time. He went on to say that with the successful eradication of COVID-19, air connectivity will make it possible to gradually increase trade, investment, tourism, people and human contacts between the two countries. Regarding cooperation in multilateral forums, High Commissioner Kananathan added that the two countries should continue to cooperate in multilateral fora for the mutual benefit of the countries. Foreign Minister Omamo responded by assuring Kenya’s support in continuing the existing effective cooperation between Kenya and Sri Lanka in international and regional fora, including the United Nations and its organizations, Commonwealth, NAM, Association for the Indian Ocean (IORA) Etc.

Both the Foreign Minister and the High Commissioner agreed to activate the bilateral mechanisms in order to expand relations to different areas of cooperation. High Commissioner Kananathan said that we are blessed to have Kenya as our good friend and Sri Lanka will always be your true friend. Sri Lanka values â€‹â€‹the good connections between Sri Lanka and Kenya.

Distributed by APO Group on behalf of the Ministry of Foreign Affairs – Sri Lanka. 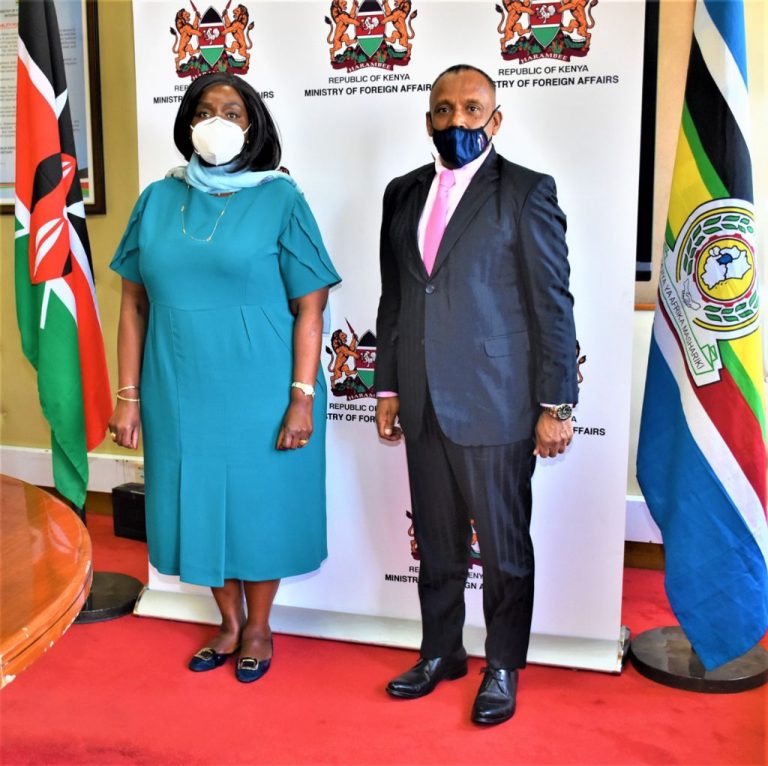 Africanews makes content from the APO Group available to its readers as a service, but does not edit the articles it has published.