Thirty-three members of the Embu County Assembly traveled to Arusha for a two-week training course to learn basic etiquette.

This follows the rescheduling of the assembly sessions from December 1, 2021 to February 8, 2022 due to the Christmas vacation.

It is the second time the MCAs travel to Arusha this year; in September they visited Arusha to learn basic etiquette and campaign language.

Similarly, the Speaker, Secretary, and some members of the Congregation staff will spend $ 20 million in taxpayers’ money and additional costs of $ 2 to $ 3 million to cover the training fees paid to the East and South Africa Management Institute ( ESAMI).

The MCAs reportedly receive a total of Ksh 520,576, the equivalent of a daily stipend of Ksh 37,184, which is part of their wages drawn from their daily allowance.

A report suggests that MCAs, complaining of their financial hardships, vowed to push for more rides to cash in before they retire.

At the same time, politicians could rush against time to repay the Ksh 600,000 tax debt for the Ksh 2 million car loan given by President Uhuru Kenyatta to pass the Building Bridges Initiative (BBI).

Additionally, the MCAs, which have passed very few bills into effect this year, have cashed millions of shillings from dozens of retreats in Nairobi and Mombasa.

Embu Senator Njeru Ndwiga castigated the move as a waste of public funds.

He also stated that Embu’s MCAs enjoy traveling abroad, including on matters that can be discussed within the region.

“You will never find our MCAs in Embu, they are always on the move Tanzania, Nairobi and that is a waste of public funds,” noted Ndwiga. 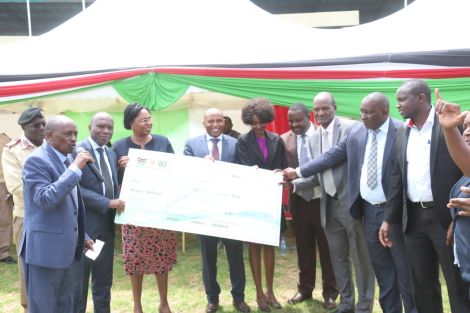 Embu MCAs during an event