While hilariously addressing Murkomen in a thick Kalenjin accent, Latiff accused the Kenya National Highway Authority (KenHa) of interfering with the structure of Mombasa Road during the construction of the Nairobi Express.

“Serikali ilitoa 9 billion KSh ya kutengeneza hii barabara ya chini ya Mombasa Road. Iligulwa, Waligula. (The government allocated KSh 9 billion for the project, but it was misappropriated),” Latiff said. 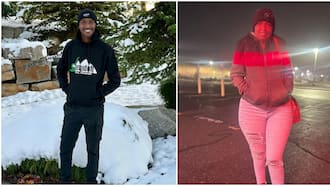 Mike Sonko reacts after Karen Nyamu travels to US to see Samidoh: ‘I Told You Ukimbie Uko’

Eric Latiff points out the problems at Mombasa Road

During a morning talk show on Wednesday, November 16, Latiff said pedestrians were unable to walk because of the mud.

“There is no matatu stage, it has been torn down. The pedestrian bridge is in a run down condition. Kipchumba Murkomen is talking to your people to build this road because people are suffering, there are tears everywhere.”

Here’s what netizens had to say:

Good news, the road in Mombasa needs to be reconstructed earlier. 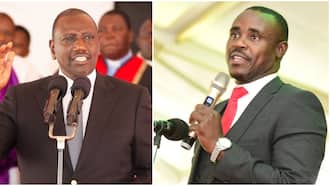 very funny but address the topic.

Hahaha kumbe this guy can be such a good comedian..

Latiff, you’re going to be a comedian, but I like your interviews

Latiff’s Kienyeji version of Haki is so original.

TUKO.co.ke understands that comedy is one of the highest paying industries.

The Kenyan comedy industry has grown very rapidly. It has come a long way since the days of Redykyulas.

There are so many comedians who have risen through the ranks and become household names in the industry.

The funniest comedians have naturally humorous attitudes, looks and accents and have attracted admirers of all ages. They will make you eagerly anticipate the upcoming video release.