When Tanzanian businessman Joseph Kadendula, CEO and co-founder of Central Park Bees and his retail brand Swahili Honey, decided to start an apiary, he had no knowledge of bees. What he had was an innate passion for entrepreneurship and was fascinated by agriculture; for the rest, he trained on Google and YouTube.

â€œI have been an entrepreneur since 2005. Initially, I sold cell phones that I bought in bulk, adding a resale margin. It helped me raise capital that I used for farming, which has always been my main interest, â€says Kadendula.

After graduating with his Bachelor of International Business degree from Dodoma University, he began to seriously cultivate onions, tomatoes, peppers and cucumbers in an area outside the capital Dodoma. It was the existence of too many intermediaries that ultimately led him to question the viability of this business enterprise.

â€œThere were so many people between the production of the crops and the customer. There was very little direct access for the farmer to the market and I felt like I had no control, â€he recalls. During a trip to China to buy agricultural equipment in 2013, Kadendula saw the importance of honey in this market. Back home in Tanzania, most of the local honey was sold by the roadside as a way to earn a little extra income.

Kadendula wondered if honey could be marketed and, with no honey production in place, bought his first processing machine. Next comes the search for commercial beehives. Having no luck in Tanzania, Kadendula imported his first beehives from neighboring Kenya.

â€œThe beehive supplier gave me training and that’s where I learned the basics of beekeeping. I spent a lot of time researching online and watching YouTube videos to see what others were doing.

In 2014, he started selling honey in the local market. It did not take long for Kadendula to make better profits than he had ever made from agricultural production. He approached his brother, Christopher Kadendula, and a friend, Charles Kazaula, and Central Park Bees was founded in 2015. 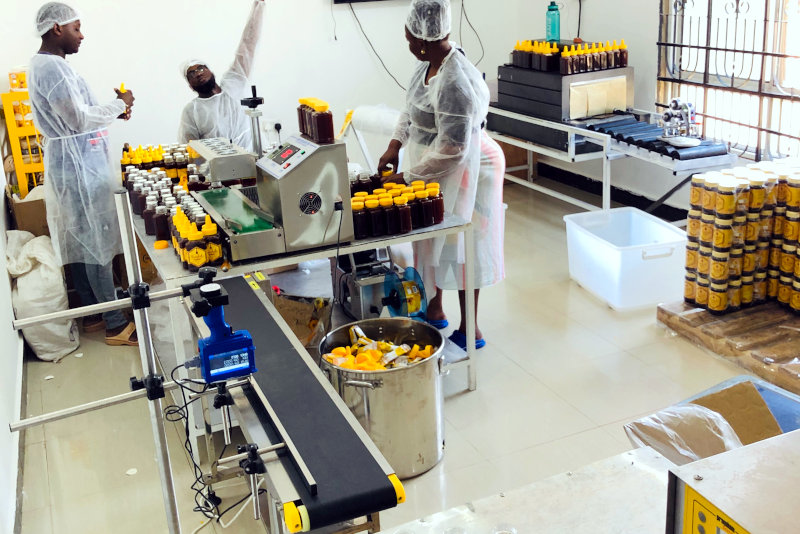 Central Park Bees has gradually added equipment for processing honey, always driven by market demand. â€œHoney processing equipment is incredibly expensive. We didn’t have the capital to buy them all at the same time. We still use this first machine that I bought in 2013, â€notes Kadendula.

â€œWe let demand drive our expansion. We don’t want to invest a lot in capacity, just spend more on marketing to find the market for the product.

From day one, however, they realized that the company would not be able to meet the demand for its own apiary. The plan was to establish a network of farmers to be part of the supply chain. â€œWe have given ourselves two years to put this network in place. At the same time, we focused on the creation of the brand, the design of the packaging, the search for customers and the implementation of our distribution model â€, explains Kadendula.

The company only imported beehives from Kenya once. The second time around, Kadendula got a supplier in China at a much better price. And in those first two years, Central Park Bees brought beehive production in-house. The company would train small farmers, grant them equipment loans and give them access to quality beehives. They have followed these farmers on bee management and proper harvesting techniques and are on the front line as the buyer of the raw product.

In Europe and the United States, establishing a beehive has input costs such as purchasing a queen or purchasing a swarm. This is not the case in Tanzania. â€œUsually in most parts of Africa you just put the beehive and beeswax in place and the bees will come,â€ says Kadendula. This makes beekeeping a viable option for small farmers. 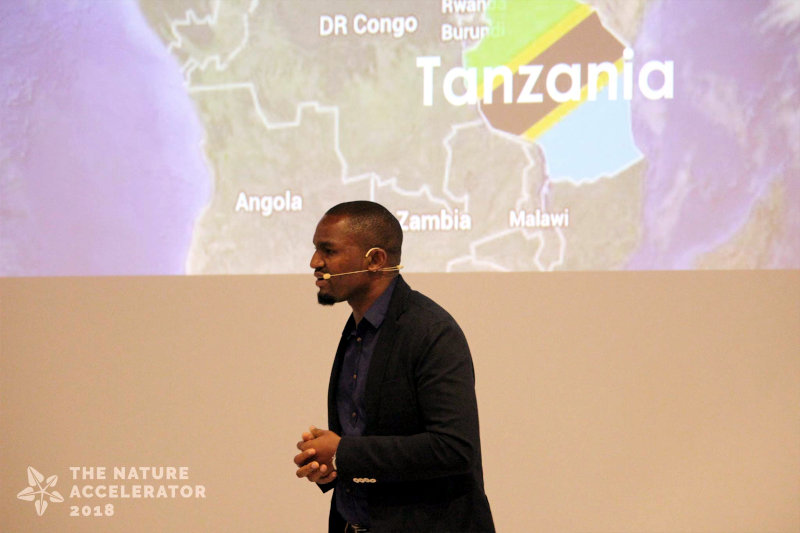 At the end of 2016, Central Park Bees had a network of 200 farmers producing honey. Its certifications and registration for local sales were in place. The following July, she officially entered the market with Swahili honey and today works with around 1,300 farmers. It was able to focus on its core business, processing honey, and hand over the beehive production workshop to another entrepreneur who manages it independently. Last year, it transferred 270 tonnes of Swahili honey, exported largely to other African countries and the Middle East, but also to the local market.

The product can be found all over Tanzania, and Central Park Bees uses third-party logistics companies and five major distributors to ensure its products reach the shelves of not only supermarkets but also small independent stores. â€œIt was just too expensive to cover the distribution ourselves as well as the collection of payments. It just wasn’t feasible. 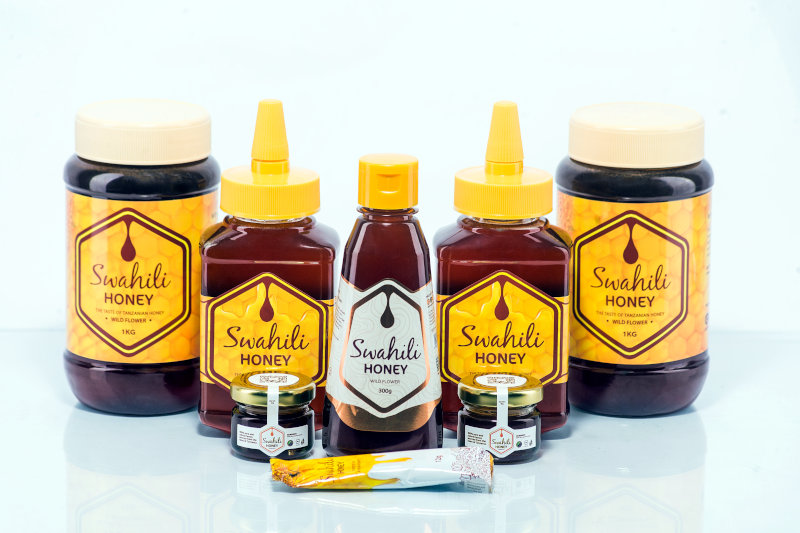 A selection of products sold under the Swahili Honey brand.

The company hopes to expand its export reach but is waiting to finalize its Fairtrade and Organic certifications. These credentials are becoming more and more important to the consumer. Kadendula adds: â€œWe are already benefiting from the growing importance consumers place on product traceability. We love to tell the story of the origin of our honey and our farmers. We share the full experience from the hive to the table.

Maintaining consistent quality is high on Central Park Bees’ priority list. Working with so many small farmers can be a challenge, but Kadendula believes they have the right processes in place. The support it provides to farmers also makes it possible to meet another challenge: the loyalty of supplier farmers. â€œOf course we have competitors who are trying to poach our farmers. We have to stay ahead of them; build these relationships of trust so that they are not tempted to trade with other companies.

Initially, the founders used their own capital to start the business. Over time, he turned to international investors, participating in start-up pitch competitions instead of local financing options such as bank loans. â€œEven today, it is difficult to get a loan from the banks. We had to rely on external investors; one from the United States and one from Italy. They have also provided us with subsequent soft loans when we need them for working capital, â€he reveals.

This year, the company is launching its first complementary product: a mixture of peanut butter and honey. Next are the energy bars which combine Swahili honey with peanuts, cashews and sesame seeds.

â€œHoney is only part of it. We now look at the big picture. The machines are in place to start production, â€says Kadendula. “We are working hard to improve sales in order to attract more investors so that we can grow even more.”

Previous Carrying the Weight: The Impact of COVID-19 on Older People in Low- and Middle-Income Countries – Outlook from 2020 [EN/AR/RU] – World
Next On the occasion of the four-year existence of the standard-gauge railway built in China in Kenya

Carrying the Weight: The Impact of COVID-19 on Older People in Low- and Middle-Income Countries – Outlook from 2020 [EN/AR/RU] – World