Boom for Tanzanian petrol stations near the Kenyan border

Kenyan motorists and drivers have traveled to Tanzania across the border with Sirare to buy fuel at a cheaper price after fuel prices rose sharply by the Energy and Petroleum Regulation Authority (EPRA).

File image of a gas station

Speaking to a local radio station on Sunday September 19, Peter Chacha announced that they had bought fuel from the neighboring town after fuel prices rose in Kenya.

However, the Tanzanian gas stations along the border began to raise prices due to demand. Chacha revealed that a liter of gasoline that motorists bought for 109 Ksh (2,300 Tsh) is now sold for 134 Ksh (2,800 Tsh).

Before the rise in fuel prices at Tanzanian petrol stations, Kenyan motorists obtained their fuel from the Tanzanian city of Tarime.

At home, transport costs have risen due to the rise in fuel prices. Motorcyclists, for example, have increased their fees by 50 percent.

Kenyans also flock to Uganda in search of cheaper fuel.

Motorists from Bungoma and Busia Counties are flocking to Uganda, where fuel is Ksh 30 cheaper. A liter of gasoline in the country costs Ksh110 compared to Ksh140 in the counties.

Although Uganda is a landlocked country and imports most of its fuel through the port of Mombasa, Uganda boasts of the lowest prices in East Africa as it does not have an agency to control fuel prices.

The country’s political leaders have scourged the new pump prices, stating that they are Kenyans already being weighed down by troubled economic times. 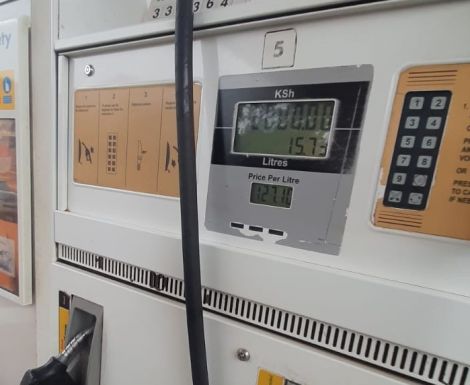