Every morning, the operators of a small kiosk in an informal neighborhood in Kenya‘s capital, Nairobi, bake fresh chapati – a popular flatbread.

Chapatis are usually around Kshs 20 ($0.17, €0.17). However, customers can hardly afford it anymore. “Chapati now costs twice as much. Life has become extremely expensive,” complained a customer at the kiosk.

Samuel Mose, who runs the small bakery, told DW that while wheat flour and sunflower oil prices have been rising for some time, things are getting worse because of Russia’s war against Ukraine.

“We follow the war because we need to know what’s happening. Some of the products we use come from those two countries,” Moses said.

In Kenya, about a third of imported wheat comes from Russia and Ukraine. The Kenafric bakery in Nairobi, which produces bread for supermarkets, is also feeling the effects of the rise in prices on the world market.

He regretted that many suppliers had already reduced their contract quantities due to force majeure.

The 2022 Kenya Economic Survey found that most Kenyans are increasingly turning to their savings and borrowing to meet the rising cost of living.

According to Teresa Anderson, coordinator for international climate policy at the non-governmental organization Actionaid, many African economies are still suffering from the COVID pandemic, the climate crisis, humanitarian emergencies or political and economic unrest. However, she emphasizes that the effects of the Ukraine war have exacerbated the situation.

“Mothers skip meals, starve, many can no longer pay school fees, work and drop out of school,” Anderson told DW, explaining that the global rise in prices is being felt more in Africa than in other parts of the world.

According to Anderson, many countries are already in a supply crisis. “But if nothing changes, we could face famine of unprecedented proportions,” warned the climate resilience expert.

“The situation is particularly extreme in the Horn of Africa, where 20 million people are already suffering from hunger due to the ongoing drought.” 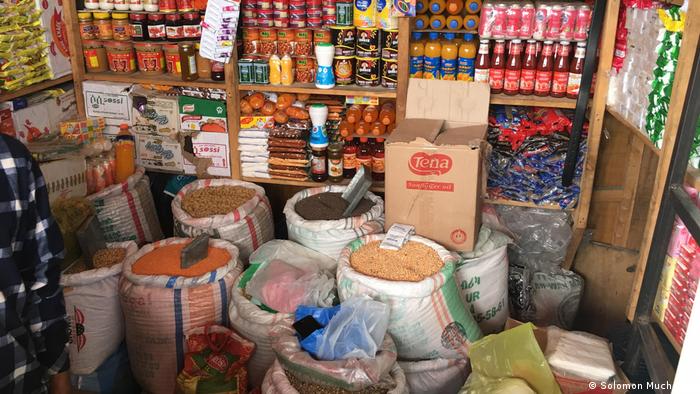 Famine in the Horn of Africa

Wilton added that the lack of wheat shipments from Ukraine has exacerbated the food crisis.

A humanitarian catastrophe is brewing in Somalia, WFP says. Around 6 million people are affected by acute food insecurity, including 1.4 million children. If aid organizations do not receive additional funds, there could be a famine as early as the middle of this year.

Hirsiyow Idolo Mohamed has already felt the full force of the crisis. The Somali woman left her impoverished village with her three children and fought her way through the hot desert on foot with little water and food for fifteen days.

But two of their children did not survive the arduous trek to the newly established camp for displaced people near the town of Dollow in southern Somalia’s Gedo region.

“We walked and walked and my son was very thirsty and exhausted. He often asked me, ‘Mom, water, mom water.’ He started panting but I couldn’t give him a drop of water,” Idolo Mohamed told DW.

The eight-year-old died upon arrival at the camp. He was weak from the journey and suffered from a bad cough.

According to the WFP, more than 500,000 people have fled their homes this year alone because of the drought.

In West Africa, too, the security situation is making food supplies more difficult. For example, farmers could not till their fields because of attacks by the terrorist organization Boko Haram. 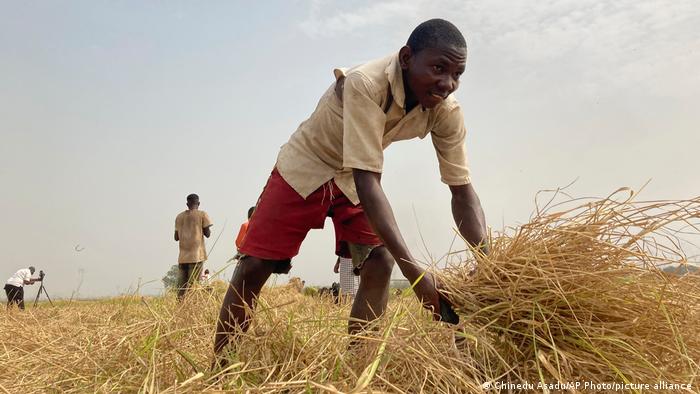 For Assalama Dawalack Sidi, regional director of the international aid organization Oxfam in Niger, there is an urgent need for action to avert a humanitarian catastrophe.

“This is an alarm signal for the world,” said Sidi. “We see 27 million people in West Africa affected by the worst food crisis in the last decade,” he said, adding that the number could rise to 38 million if no action is taken.

But wheat does not have to be scarce, because there are considerable reserves.

In China, for example, experts estimate that the East Asian country has around half of the world’s wheat stocks in its warehouses. However, they fear that the People’s Republic could take advantage of the global food crisis by making concessions on grain.

“China has enough reserves to support poorer countries in Africa with food,” Hendrik Mahlkow from the Kiel Institute for the World Economy told DW. The Communist Party could thereby increase its economic influence in Africa.